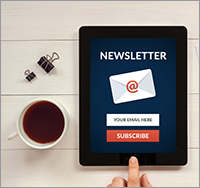 I am using desktop commands in this discussion. Laptop commands are available in the "User Guide" and the "Quick Commands Reference."

To enter screen review, use the command numpad insert numpad 7. You may have to use it more than once, depending on if you are someplace where document review is active. Issue it until you hear screen review. If you are already in screen review, you will hear no next review mode.

Once you are finished in review mode, don't forget to return to object navigation. The command is numpad insert numpad 1.

Note the pattern in the following commands:

Numpad 7. Move to and say the previous line.

Numpad 9 move to and say the next line.

I've shortened the descriptions of the following commands in the list because the information I've removed is redundant and applies to all of them.

This Tip Brought To You By: Gene Asner